Sandfly has the ability to deploy scanning nodes inside multiple isolated networks and communicate to a central server. This configuration allows you to deploy Sandfly at multiple cloud providers, remote offices, internal networks and other layouts while allowing all nodes to be controlled at a central point.

For instance, you can have a node inside your AWS cloud network, one at Digital Ocean and one internally. If you give each node a name such as "aws", "digital_ocean" and "internal" then you will be able to add hosts from the Sandfly UI for each of these networks. Sandfly will then direct scans to the appropriate nodes as required without doing anything further.

The default queue name is "main" for all nodes. To change what queue name your node will listen to, edit the file config.node.json under the ~/sandfly-setup/setup/setup_data/ directory.

In this file there is an "options" section. Change the "queue_name" value to the name of the queue you want to use. The name must be a single word or snake_case.

Below we have changed the name "main" to "aws".

Once the change has been made, you can stop and restart your node containers and the new name will appear in the UI as an available queue. All hosts added to the system using this queue will be handled by this node.  Multiple node containers using the same config will all handle messages sent to this queue as well.

You will see the available queues in the UI like below. Use the dropdown box to select your new queue name when adding new hosts. 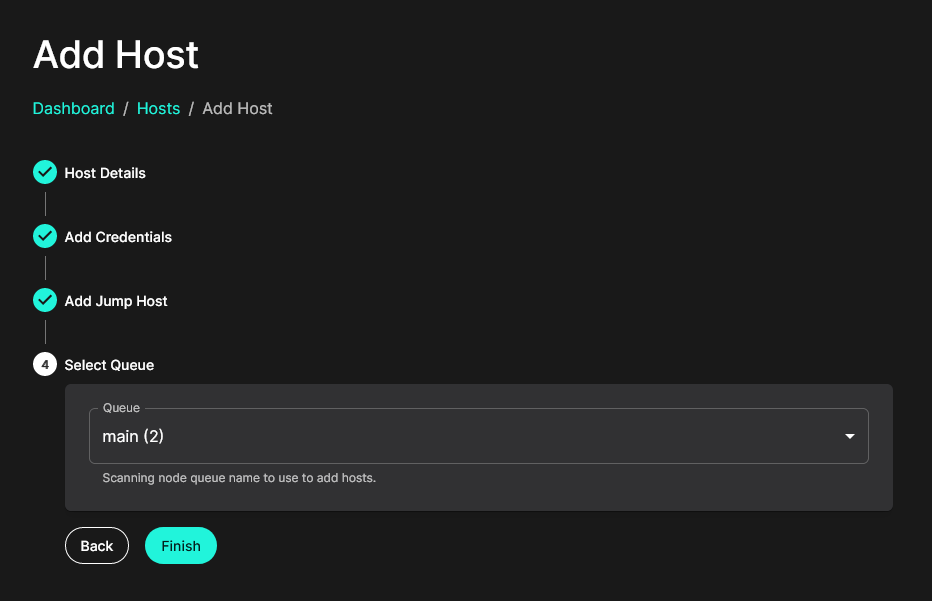 At this point of the process the installation section is complete. All that remains to start using Sandfly is to set up a minimal configuration, which is covered on the next page.